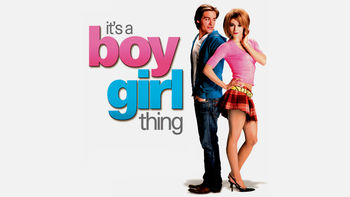 Not in Argentina but still want to watch It's a Boy Girl Thing?
No Problem!

It's a Boy Girl Thing

A visit to a natural history museum proves catastrophic for two rival teens when an ancient statue casts a spell that causes them to switch bodies. It's not easy being a teenager. Especially when you're stuck in the body of someone you hate ... of the opposite sex.