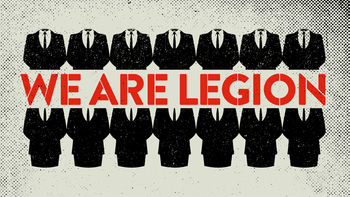 Not in Argentina but still want to watch We Are Legion?
No Problem!

This documentary takes us inside the world of Anonymous, the radical "hacktivist" collective that has defined civil disobedience for the digital age. An invisible network wields unprecedented power in our digital world, but remains anonymous. Whose side are they on?