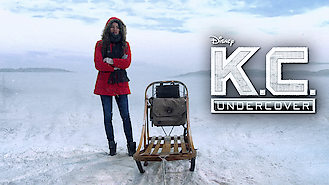 Not in Argentina but still want to watch K.C. Undercover?
No Problem!

Recruited by her own parents, brainy teen tomboy K.C. becomes a spy and joins them on dangerous missions to battle a powerful criminal organization. Homework, dates, an annoying little brother. K.C.'s life is pretty normal, with one big exception: She's a teenage spy.