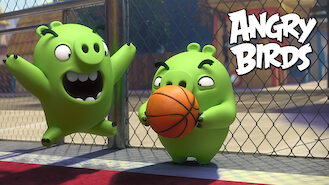 Not in Argentina but still want to watch Angry Birds?
No Problem!

Birds Red, Chuck and their feathered friends have lots of adventures while guarding eggs in their nest that pesky pigs keep trying to steal. Greed. Anger. Family. No, this isn't "The Godfather." It's "Angry Birds," where battles are eggs-tremely personal.