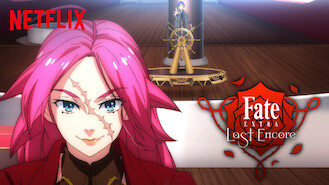 Not in Argentina but still want to watch Fate/EXTRA Last Encore?
No Problem!

Hakuno Kishinami finds himself in the midst of a Holy Grail war with no memories of how he got there. Through his confusion, he must fight to survive. The only way out of this virtual world is to win. And in this brutal war, there can only be one winner.