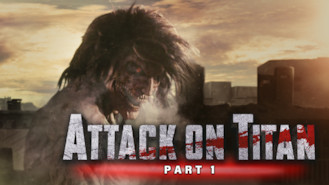 Not in Argentina but still want to watch Attack on Titan: Part 1?
No Problem!

Humanity lives behind walls in fear of the Titans, cruel giants who eat people. Eren Yeager and his friend Armin join the Survey Corps to fight back. Though the battle seems hopeless, they serve as humanity's first line of defense. Inhuman giants are no easy foe.