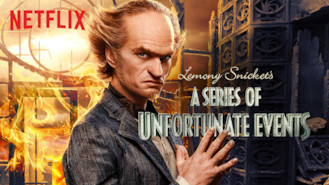 Not in Argentina but still want to watch A Series of Unfortunate Events?
No Problem!

A Series of Unfortunate Events

The extraordinary Baudelaire orphans face trials, tribulations and the evil Count Olaf in their fateful quest to unlock long-held family secrets. A bookish brother. An inventive sister. A baby with a wicked bite. This villain picked a fight with the wrong orphans.