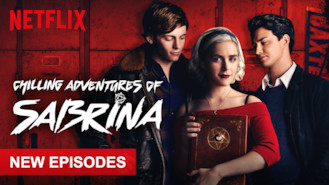 Not in Argentina but still want to watch Chilling Adventures of Sabrina?
No Problem!

Magic and mischief collide as half-human, half-witch Sabrina navigates between two worlds: mortal teen life and her family's legacy, the Church of Night. The path of night. The path of light. Which will she choose -- and what will she sacrifice along the way?