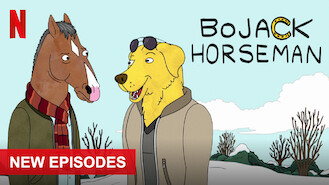 Not in Australia but still want to watch BoJack Horseman?
No Problem!

Meet the most beloved sitcom horse of the '90s, 20 years later. He’s a curmudgeon with a heart of...not quite gold...but something like gold. Copper? He's a half-horse, half-man, has-been TV star who drinks a bit too much. He's really got a lot going on right now.