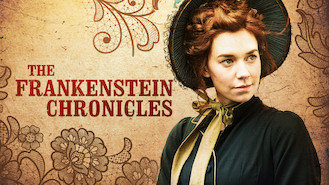 Not in Australia but still want to watch The Frankenstein Chronicles?
No Problem!

A detective tracks what seems to be a killer with a taste for dismemberment in 1827 London, but the case leads in a far more terrifying direction. He's seen it all, every dark corner of London's 19th-century underworld -- but he's never encountered anything like this.