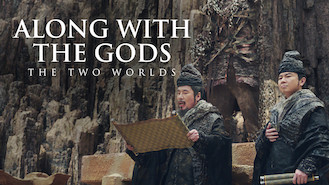 Not in Austria but still want to watch Along with the Gods: The Two Worlds?
No Problem!

Along with the Gods: The Two Worlds

A firefighter dies and arrives in the afterlife, where Guardians take him through the seven trials and a perilous journey through different hells. They think he’s a paragon of virtue. But he knows himself. Can anyone say with certainty who has lived a noble life?