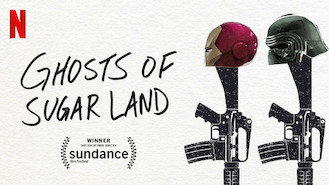 Not in Austria but still want to watch Ghosts of Sugar Land?
No Problem!

Shocked when their friend embraces extremism, a group of Muslim Americans in Texas recount their time with him and theories about his fate. They welcomed him as their own, but he strayed down a warped path. Extremist or informant, his fate haunts a community.