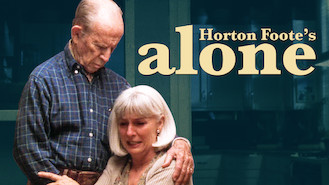 Not in Belgium but still want to watch Horton Foote's: Alone?
No Problem!

When a recent widower is offered a fortune for the mineral rights to his land, he finds himself caught between two greedy nephews and their big payday. They say blood is thicker than water, but one poor farmer is about to find out that oil is the thickest of them all.