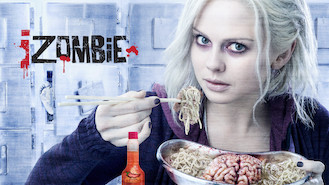 Not in Belgium but still want to watch iZombie?
No Problem!

A medical student-turned-zombie tries to retain her humanity by eating brains at the morgue and finds she has an uncanny new gift for solving crimes. Who would have guessed that becoming a zombie could turn you into a brilliant detective too?