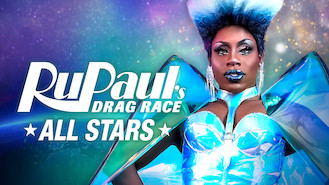 Not in Belgium but still want to watch RuPaul’s Drag Race: All Stars?
No Problem!

From fan favorites to fierce villains, queens from seasons past compete for a $100,000 prize and a coveted spot in the Drag Race Hall of Fame. Legendary queens. Gag-worthy looks. Serious shade. The best of the best return to the runway ready to slay.