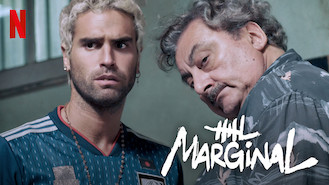 Not in Brazil but still want to watch El marginal?
No Problem!

While investigating a kidnapping, an ex-cop sent to infiltrate a prison finds himself surrounded by dangerous felons who can't know his real identity. Prison rivalries and a kidnapping set the backdrop for this drama about an ex-policeman seeking redemption and freedom.