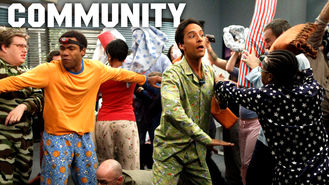 Not in Canada but still want to watch Community?
No Problem!

When his degree is found bogus, lawyer Jeff Winger is sent back to college, where he meets students and teachers with credentials as dubious as his. Mismatched college students form a study group that always goes off course. Bonding, pranking ... but oddly no studying.