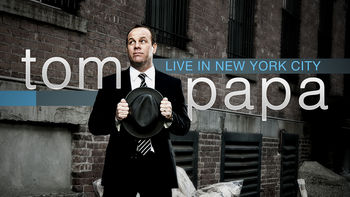 Not in Canada but still want to watch Tom Papa Live in New York City?
No Problem!

Comedian Tom Papa's family-oriented standup special follows in the footsteps of Bill Cosby and Ray Romano as he riffs on the trials of married life.