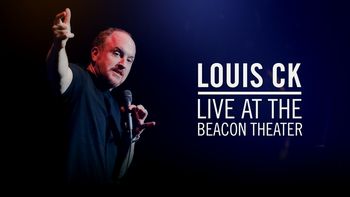 Not in Canada but still want to watch Louis C.K.: Live at the Beacon Theater?
No Problem!

Everyman comic genius Louis C.K. plays to a live audience with a fresh set of jokes, opining about fatherhood, success, flying first class and more. Being bald, divorced, overweight, with kids, and no empathy for your fellow man isn't so bad. Okay, it is.