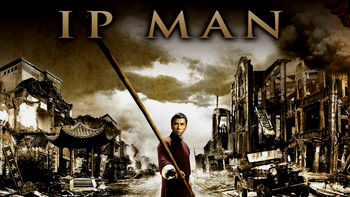 Not in Canada but still want to watch Ip Man?
No Problem!

An occupying Japanese general challenges Chinese men to duels to prove the superiority of the Japanese, but Ip Man refuses to fight -- at first. Invaders reap the whirlwind when a kung fu master shows that his people can be knocked down but never defeated.