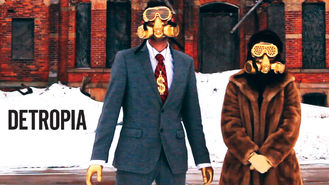 Not in Canada but still want to watch Detropia?
No Problem!

As the focus of this sobering documentary, the decline of Detroit also reflects the nation's larger failure to keep up in a modern global economy. The history of Detroit is the history of America. Fallen on hard times, its denizens refuse to give up.