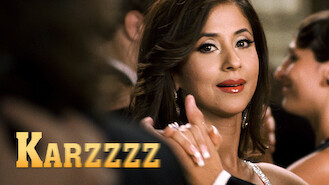 Not in Canada but still want to watch Karzzzz?
No Problem!

When flashbacks reveal that he's the reincarnation of a man murdered by his wife, rock star Monty sets out to get revenge for the decades-old crime.