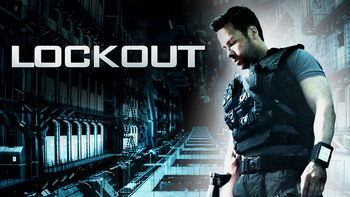 Not in Canada but still want to watch Lockout?
No Problem!

A government agent wrongly accused of a crime gets a shot at freedom if he can engineer a high-risk rescue mission to outer space. Brutal inmates overtake a prison in space. The president's daughter is trapped inside. He's got work to do.