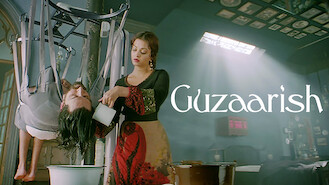 Not in Canada but still want to watch Guzaarish?
No Problem!

After an onstage disaster leaves an illusionist paralyzed, he channels his magic into a hit radio show. Years later, he fights for the right to die. He fought his way back from a devastating accident, but his body's had enough. This is his final battle.