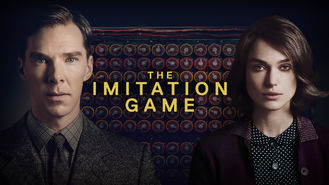 Not in Canada but still want to watch The Imitation Game?
No Problem!

During World War II, a brilliant mathematician leads a team of cryptanalysts as they work feverishly to break the Germans' notorious Enigma code. He's hell-bent on breaking the code that can decide the fate of the world's most crucial conflict.