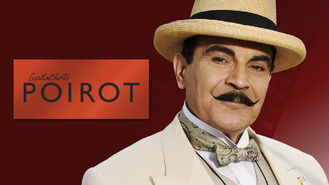 Not in Canada but still want to watch Agatha Christie's Poirot?
No Problem!

David Suchet stars as master sleuth Hercule Poirot, who investigates murders and other confounding crimes with the help of the affable Capt. Hastings. Murders most foul. Mysteries most enticing. And a master sleuth whose brilliance is equaled only by his facial hair.