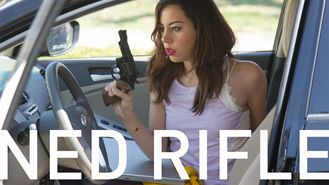 Not in Canada but still want to watch Ned Rifle?
No Problem!

Ned sets out to murder his father for bringing heartache to his family in the final chapter of a trilogy that began with "Henry Fool" and "Fay Grim." He's a man with a plan. What plan? Kill his dad. He'd do it, too. If he didn't fall for a woman with plans of her own.