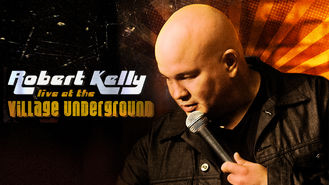 Not in Canada but still want to watch Robert Kelly: Live at the Village...?
No Problem!

Robert Kelly: Live at the Village...

Taking the stage at a New York City venue, salty comedian Robert Kelly riffs on his favorite vices, family life and the time he farted on a baby. He's a family man now. But don't expect him to talk like one. A night of raw humor and reflection in a New York club.