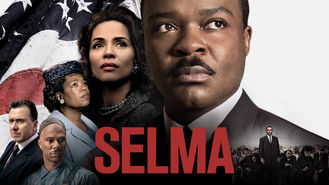 Not in Canada but still want to watch Selma?
No Problem!

In the face of violent racist attacks, Martin Luther King Jr. leads a protest in Alabama that culminates in a historic march from Selma to Montgomery. One courageous man and his brave followers plan a march for civil rights. The hostile powers that be stand against them.