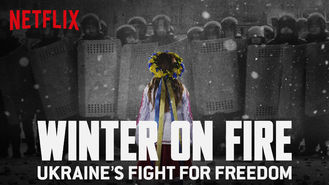 Not in Canada but still want to watch Winter on Fire?
No Problem!

Over 93 days in Ukraine, what started as peaceful student demonstrations became a violent revolution and full-fledged civil rights movement. In 2013, the Ukrainian government tried to crush public protests over a trade deal. Instead, they ignited a revolution.