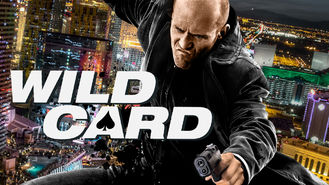 Not in Canada but still want to watch Wild Card?
No Problem!

When his friend is raped, freelance tough guy and gambling junkie Nick tracks down the creep but unwittingly stirs the wrath of a pitiless mob boss. It's a bad idea to assault a bodyguard's pal. But it isn't so smart to take revenge on a mob boss's son, either.