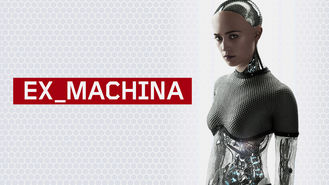 Not in Canada but still want to watch Ex Machina?
No Problem!

A coder at a tech company wins a week-long retreat at the compound of his company's CEO, where he's tasked with testing a new artificial intelligence. He was chosen to meet his company's reclusive founder, one of the world's greatest minds -- and one of its most dangerous.