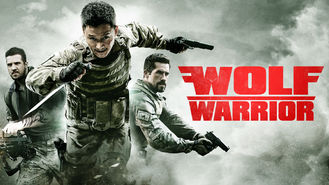 Not in Canada but still want to watch Wolf Warrior?
No Problem!

An expert marksman in the Chinese special forces is pursued by deadly foreign mercenaries hired by a vicious drug lord to assassinate him. Court-martialed for disobeying orders. Recruited into an elite team of fighters. And now, hunted by corrupt hired guns.