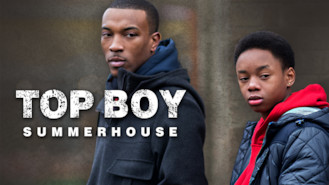 Not in Canada but still want to watch Top Boy: Summerhouse?
No Problem!

In this gritty, stylish drama series, two London drug dealers ply their lucrative trade at a public housing estate in North London. Drugs. Violence. Alliances. Revenge. Welcome to life in the urban jungle. If you're not on top, you may be dead.