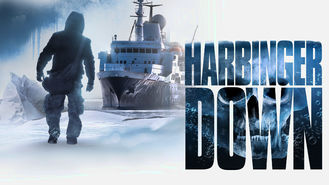 Not in Canada but still want to watch Harbinger Down?
No Problem!

Studying the effects of global warming aboard a fishing trawler, graduate students dredge up Soviet space wreckage that contains deadly organisms. Something deadly has been hibernating at the bottom of the ocean. Now it's awake, and it's hungry.