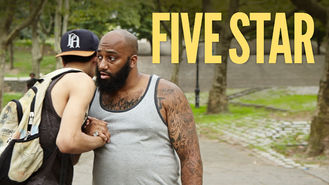 Not in Canada but still want to watch Five Star?
No Problem!

A grieving teenager tempted to join a gang in the wake of his father's killing comes under the tutelage of an ex-con who is considering his future. One is a hardened veteran of the streets. The other is considering the thug life. Which path will each take?