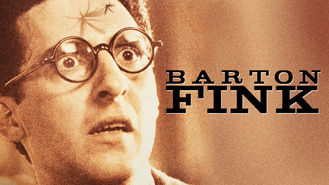 Not in Canada but still want to watch Barton Fink?
No Problem!

When Hollywood taps him to pen a movie script, an idealistic playwright develops severe writer's block and gets tangled up in a murder investigation.