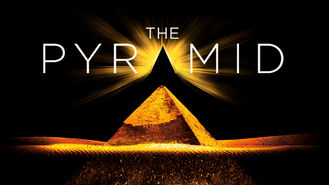 Not in Canada but still want to watch The Pyramid?
No Problem!

Archaeologists exploring an Egyptian pyramid discovered beneath the desert floor become hopelessly lost as they're stalked by an unseen horror. They uncovered an ancient marvel in the desert. Now they're paying the price for digging up the past.