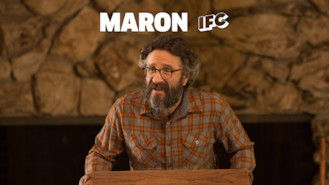 Not in Canada but still want to watch Maron?
No Problem!

Marc Maron stars as Marc Maron, who interviews fellow comedians for his popular podcast, only to reveal more about his own neuroses and relationships. No wife, no kids and he works out of his garage. But he has plenty of misery to keep him company.