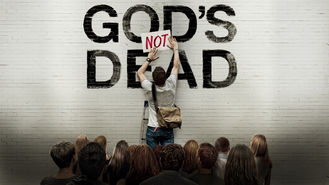 Not in Canada but still want to watch God's Not Dead?
No Problem!

A spiritual college student clashes with an atheistic professor who insists that students will only pass his class by admitting that God is dead. A clash of ideologies plays out in the classroom when a determined, devout student stands up to his atheist professor.