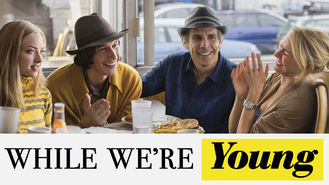 Not in Canada but still want to watch While We're Young?
No Problem!

A documentary filmmaker struggling with a creative block meets a vibrant young hipster couple who, initially, bring new energy into his life and work. A filmmaker in the throes of a mid-life crisis finds new inspiration courtesy of a couple of hip, young friends.