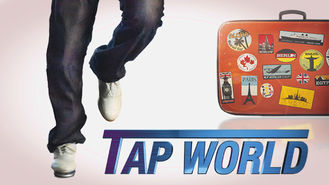 Not in Canada but still want to watch Tap World?
No Problem!

The unique blend of ethnic percussive dances known as tap makes a comeback thanks to a new generation of dancers profiled in this upbeat documentary. A new generation embraces a distinctly American art form, proving that tap dancing isn't just for old movies anymore.