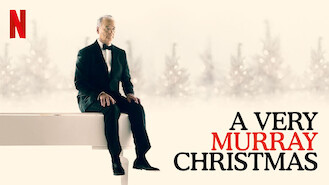 Not in Canada but still want to watch A Very Murray Christmas?
No Problem!

Bill Murray rounds up an all-star cast for an evening of music, mischief and barroom camaraderie in this irreverent twist on holiday variety shows. He's got a bad case of the Christmas Eve blues. But he's about to have the night of his dreams.