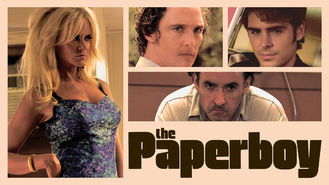 Not in Canada but still want to watch The Paperboy?
No Problem!

Convinced by a mysterious woman that a death row inmate is innocent, two brothers investigate and discover a case marred by betrayal and deceit. A woman with a thing for jailbirds. A reporter who will do anything for a story. It's gonna get sticky.