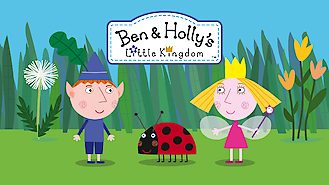 Not in Canada but still want to watch Ben & Holly's Little Kingdom?
No Problem!

In the magical Little Kingdom, friends Ben Elf and fairy princess Holly have fun adventures as they learn about teamwork, sharing and problem-solving. In a world of kings and queens, fairies and elves, pirates and gnomes, their friendship is the best magic of all.