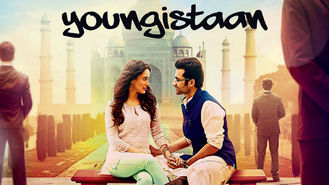 Not in Canada but still want to watch Youngistaan?
No Problem!

When the prime minister dies, his young adult son, Abhimanyu, is reluctantly thrust into politics, much to the chagrin of his boisterous girlfriend. Scheming politicians and a high-stakes election. Can this private young man fill his dead father's big political shoes?