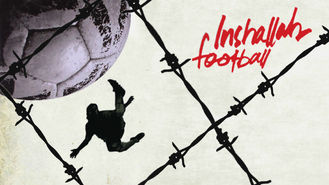 Not in Canada but still want to watch Inshallah football?
No Problem!

This documentary chronicles the story of a young soccer player in Kashmir whose dream of attending an elite academy is stymied by his father's past. The father: Abandoned his child to join a separatist group. The son: Denied his dream because of his father's choice.