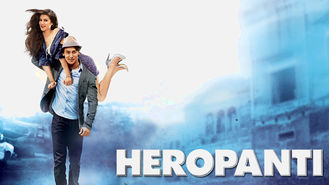 Not in Canada but still want to watch Heropanti?
No Problem!

Goons kidnap Bablu after he helps his friend run away with a powerful man's daughter. While he's held captive, he falls for the girl's younger sister. A handsome hero has his eye on the wrong girl. She's a real catch, but her father is a different story.