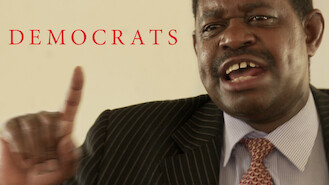 Not in Canada but still want to watch Democrats?
No Problem!

After Zimbabwe's disputed 2008 election results, political enemies are asked to write a new constitution and save their country from a bleak future. A country in turmoil. A system in chaos. They're the only hope of a beleaguered people for a peaceful future.