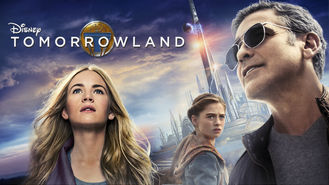 Not in Canada but still want to watch Tomorrowland?
No Problem!

A disillusioned inventor and a bright teenager with a thirst for science embark on a dangerous mission to unlock the secrets of an alternate reality. It was once the shining symbol of a bright, optimistic future. So what happened to the dream that was Tomorrowland?